The 22.04 update of EPM Cloud contains a number of enhancements to the Data Map and Smart Push. In this article, I will examine when and how to make use of the new capabilities.

An overview of the tools

Data Integration, Data Map, and Smart Push are the three tools handling data flows within EPM, and each has its own particular use case. Data Integration differs from Data Map and Smart Push in that its primary purpose is to bring data into and out of EPM Cloud - including performing data transformation and enabling drill down.

Data Map does not deal with external data. It is used for data movement with EPM Cloud. Use Data Map for the following tasks:

Smart Push enables the functionality of Data Map to be used for real-time data movement. Use Smart Push to:

Smart Push allows Data Map functions to be attached to forms so that user edits carried out on the form trigger a Data Map. A Smart Push applies the security profile of the user who performs the edit to both the source and target applications, so this may affect the result of the push operation.

From 22.04, Smart Push supports synchronization between different environments and data centers. At the moment, only Planning applications can be the source of a Smart Push, but the target application can be Planning, Financial Consolidation and Close, Profitability and Cost Management, or Tax Reporting. EPCM will soon be added as a data source.

The prerequisite to using Data Map and Smart Push is to create connections to the target applications. This is done from the Connections section of the Tools menu. 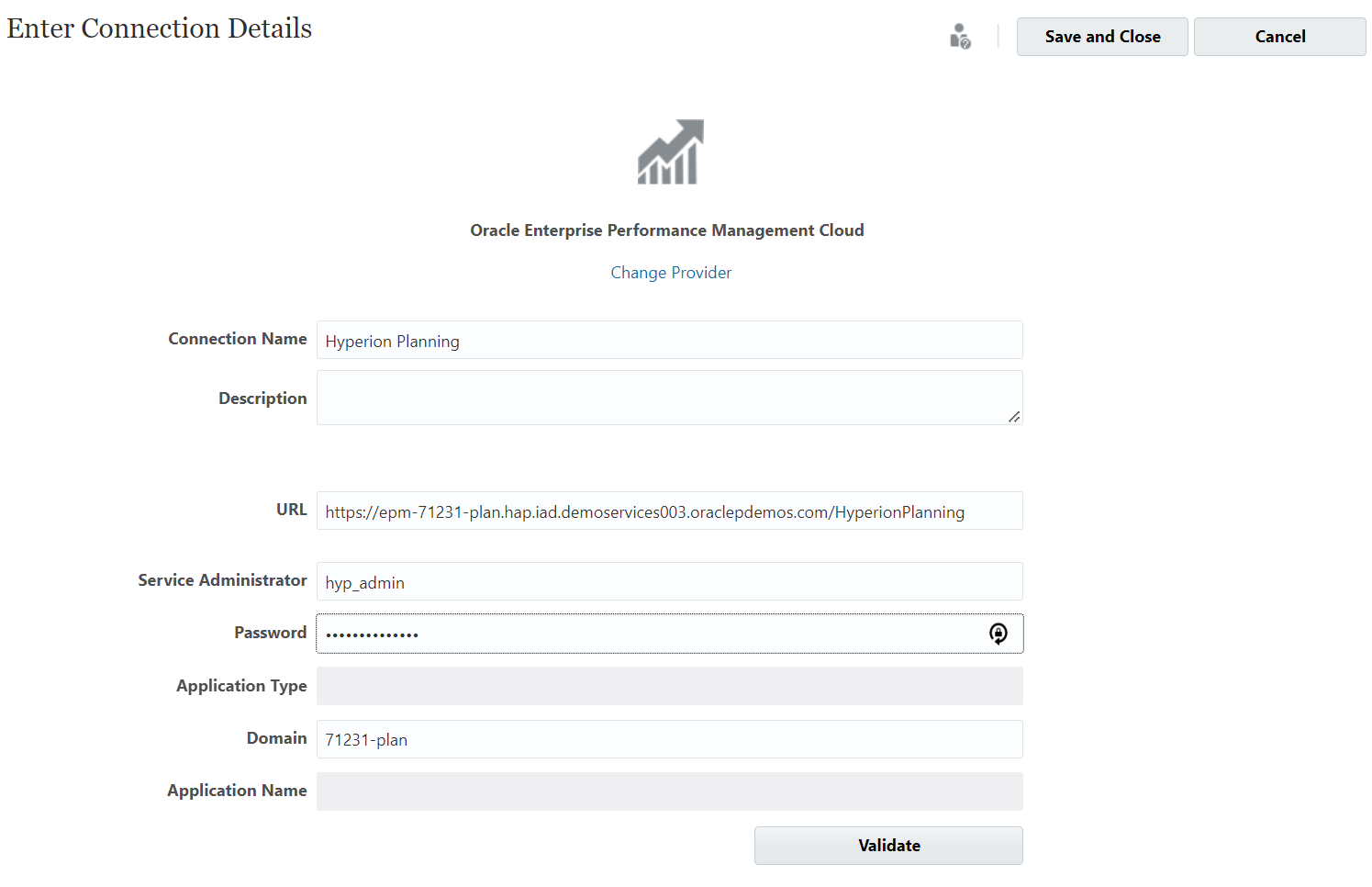 Once the connections have been added, go to the Tools menu and open Data Exchange. Here you can create data maps to be used as either Data Mapes or Smart Pushes. 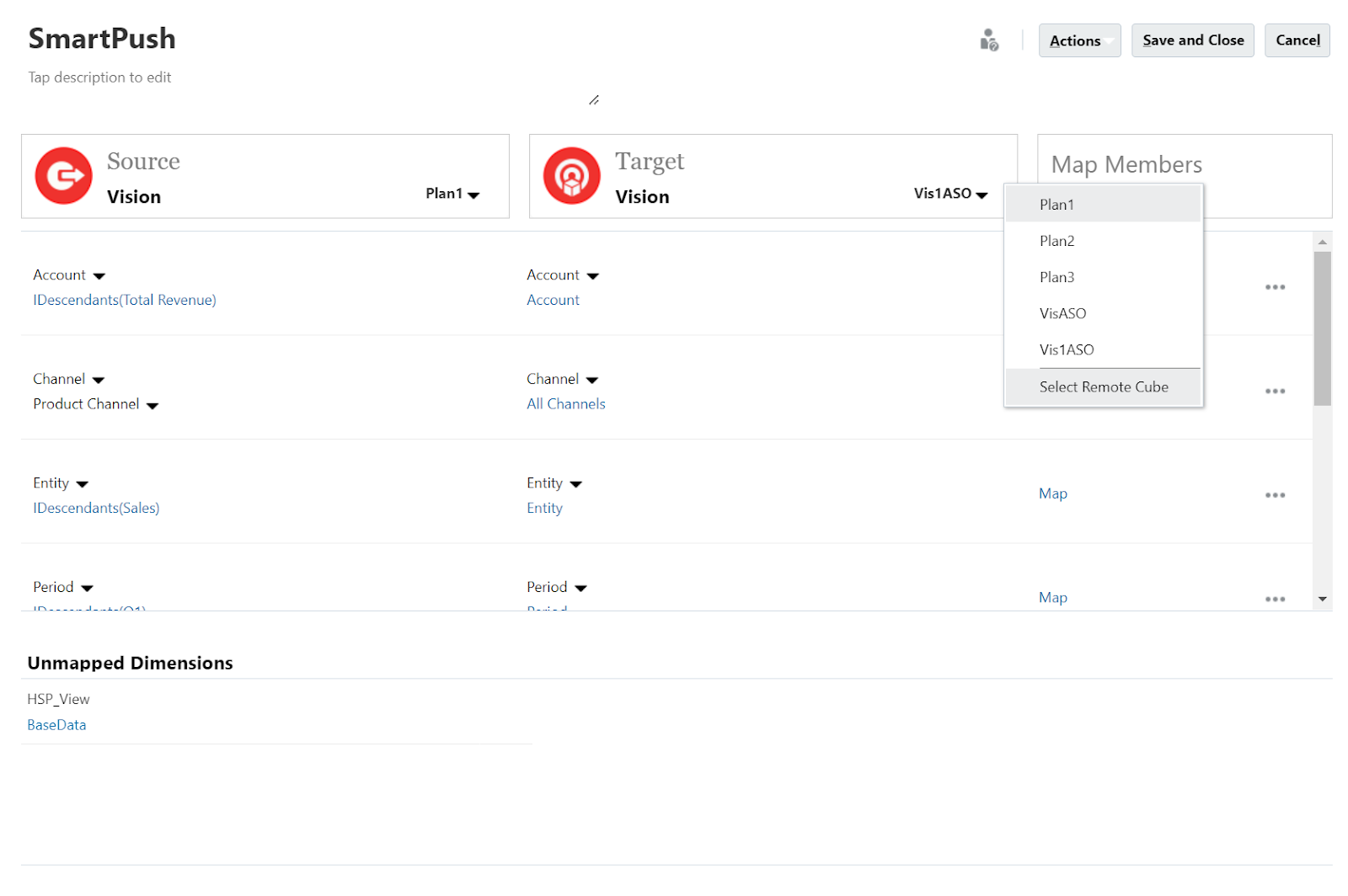 Data Map and Smart Push depend on correctly mapping the metadata between the source and target applications. EPM Cloud allows you to set up data mapping in several ways:

The 22.04 update introduces member-to-member mapping across dimensions and across cubes in the same or different pods. It also now allows users to edit their mapping rules in Excel and then upload them to the Data Map form.

To define mappings, click the link labeled “Map” for the desired dimension.

In this example a one-to-one member mapping is being defined for the Account dimension:

Pushing data from a form

To use Smart Push to push data from a form, you need to edit the design of the form. The form designer contains a tab called “Smart Push” that allows you to choose the data map that you want to run. 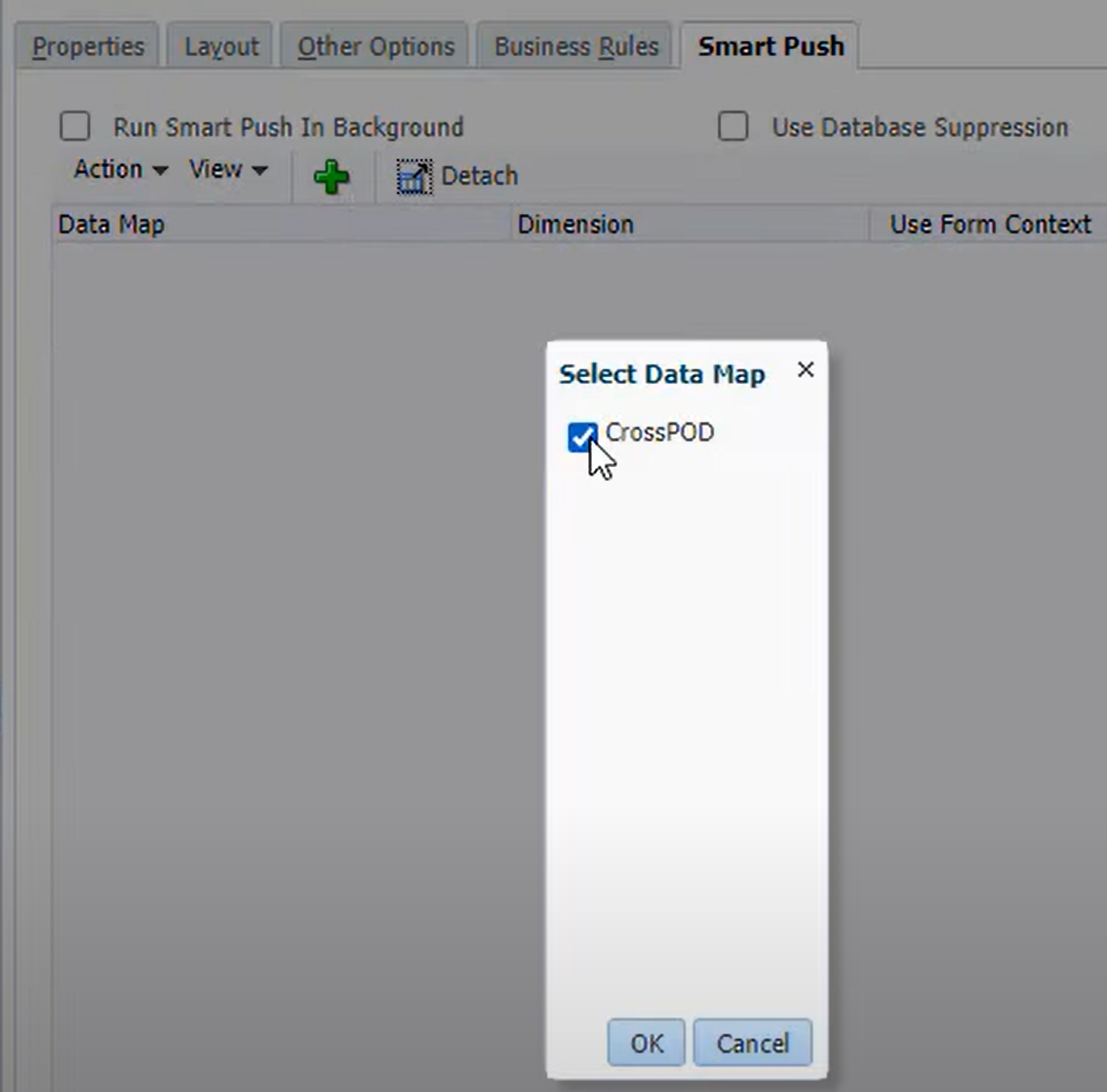 Once you have selected the data map, you can choose to use it to push data whenever the user saves edits made in the form. Note that by default the form’s context is used to define what data will be pushed.

From now on, when a user saves edits in that form, they will see a message like this: 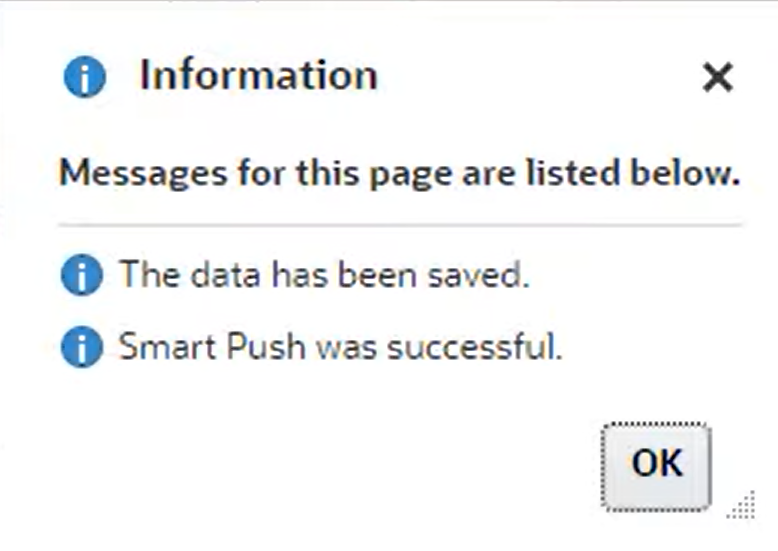 When creating a Smart Push, pay attention to the expected data volume of the push. EPM Cloud will give the Smart Push a higher priority than other user actions, so moving large amounts of data will degrade performance for your users. For the same reason, you should avoid using Smart Pushes in scenarios where they would be triggered by a large number of concurrent users.

In summary, use Smart Push in situations where it will be triggered by a small number of concurrent users to push small amounts of data between applications.