The Semantic Modeller feature needs to be enabled from the System Console. Once it has been enabled, sign out and sign back in again to apply the changes.

From the DV homepage, click on the hamburger icon at the top left of the screen and you now have a Semantic Models option in the dropdown menu. 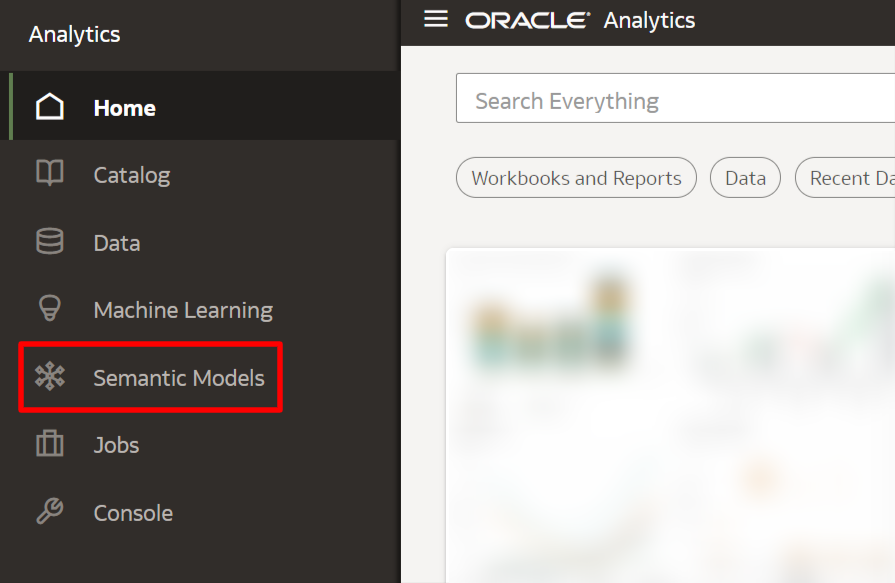 On the DV homepage, click on the Create button and then select the Semantic Model icon as shown in the screenshot below. You will then be prompted to enter a name and description of the new model and then click Create. 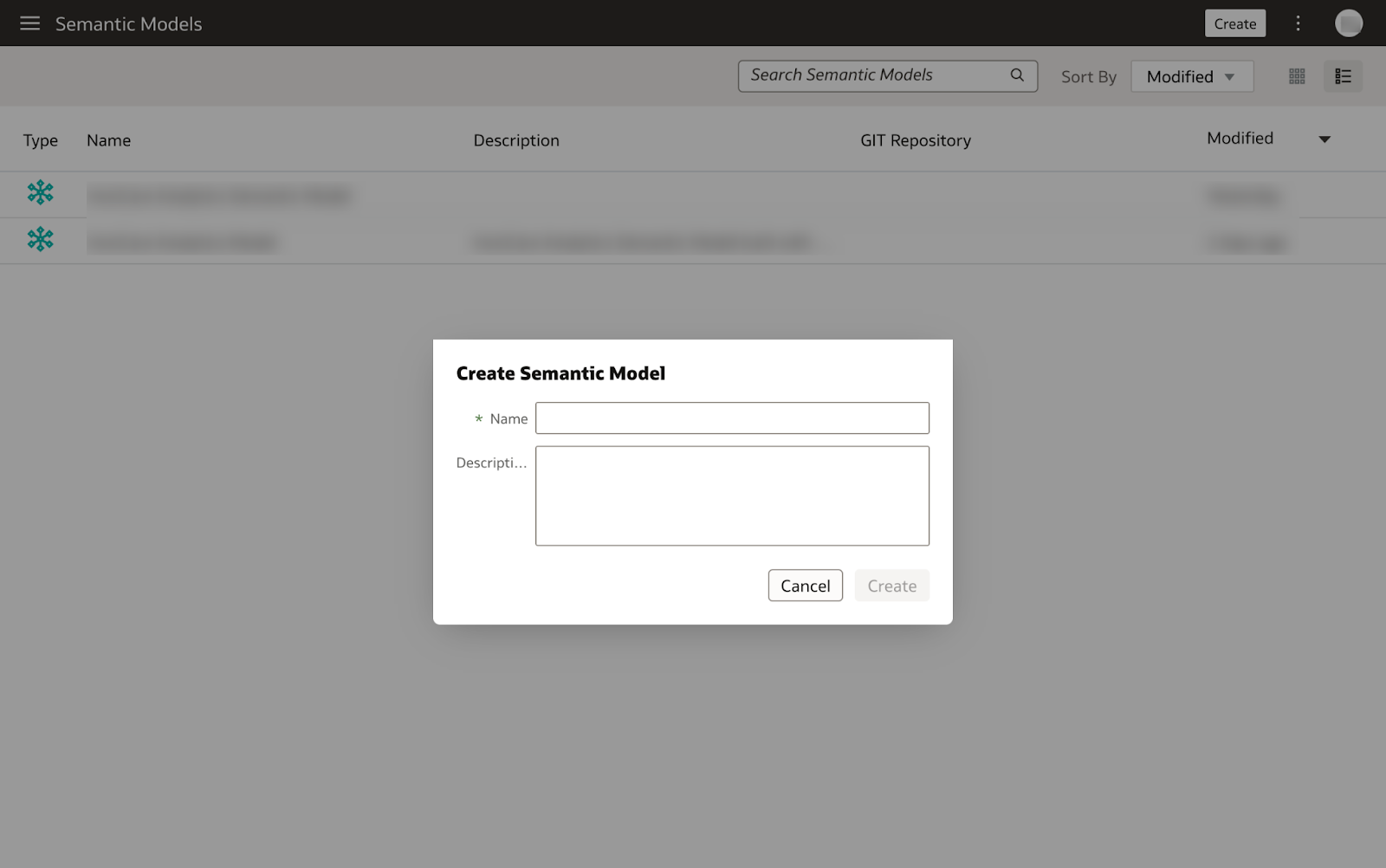 You’ll be presented with 4 options that you can use to create your new Semantic Model: 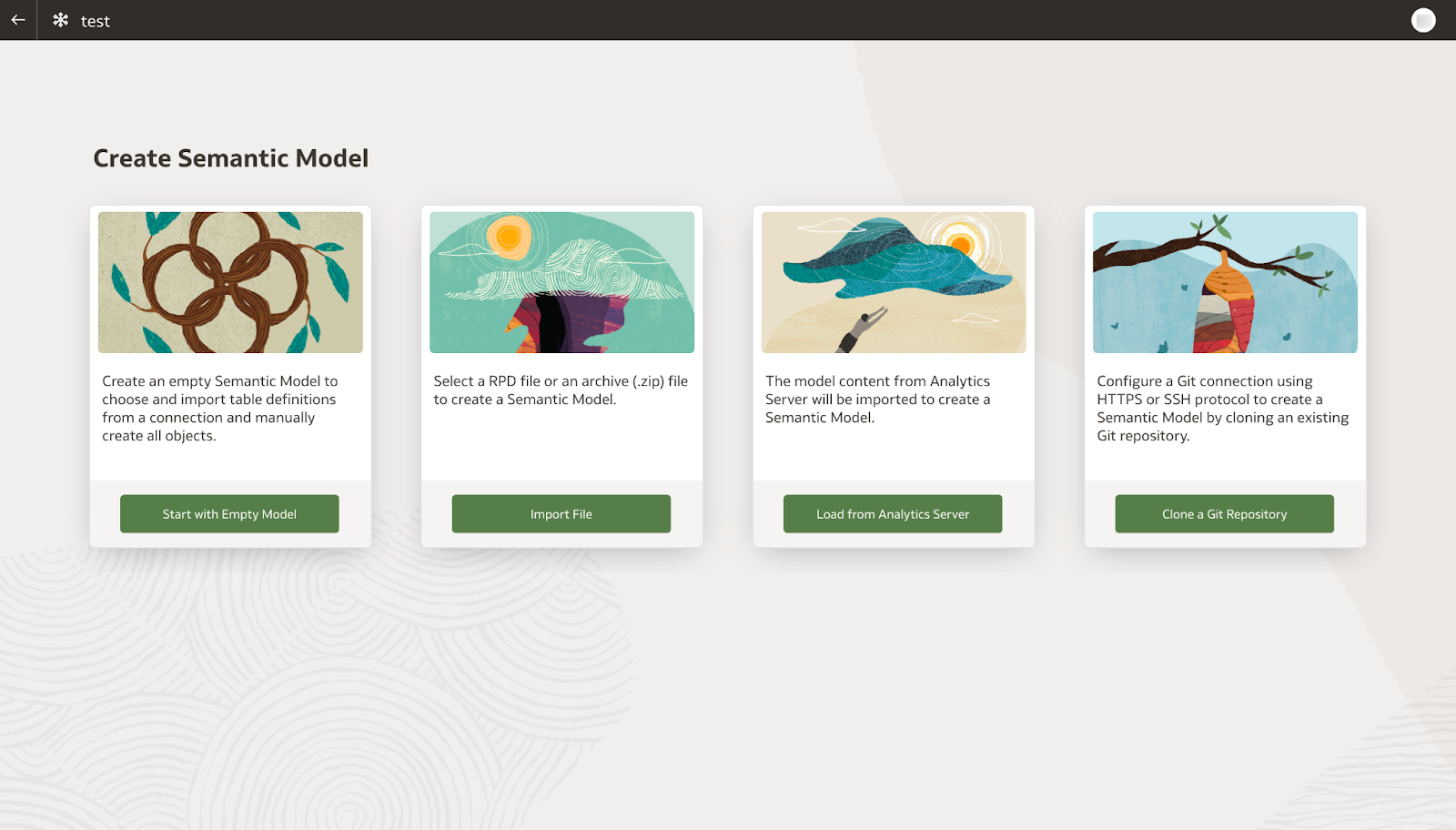 The first of these 4 options enable you to start from scratch with an empty model. With this option, you can create data source connections, import metadata into the physical layer of your new model and all of the other steps to build a semantic model.

The second option enables you to import an rpd file from your file system into the Semantic Model.

The third option will download the currently deployed model from the server and open that in the new Semantic Model.

The fourth option allows you to clone a model from a Git repository which will be uploaded into the new Semantic Model. We will be looking at Git integration with the Semantic Modeller in more detail in another blog post in this series.

There is a JSON editor within the Modeller that provides developers with access to make changes directly to the Semantic Model using SMML.

If you are that way inclined, it is quite possible to fully build your Semantic Model using SMML. Developers can also use an external text editor to design a model in SMML.

Avid users may recall that in previous versions of the repository, there was an option to save the repository as MDS XML files. This solution was rather cumbersome as every single object had an XML file which had a system-generated name rendering it hard to map to a repository object.

In another blog to follow in this series, we will look at SMML in more detail in relation to multi-user development improvements introduced in the new Semantic Modeller.  You can find more information here about the SMML format and its schema.

Each data source accessed in the Semantic Model has a connection pool that defines the data source type and connection details of the data source. In the past, all of this information was stored in the repository (as the Semantic Model was previously called). This added an extra step to the migration process where if a model was to be moved from a development environment to a test environment, then the connection pool credentials would need to be updated to reflect the connections to the test data sources. This process could be set up to be semi-automated but nevertheless, it was an extra step. A Navigator panel on the left-hand side of the screen.  It has six icons at the top:

The panel gives you access to navigate around the different areas of the model. 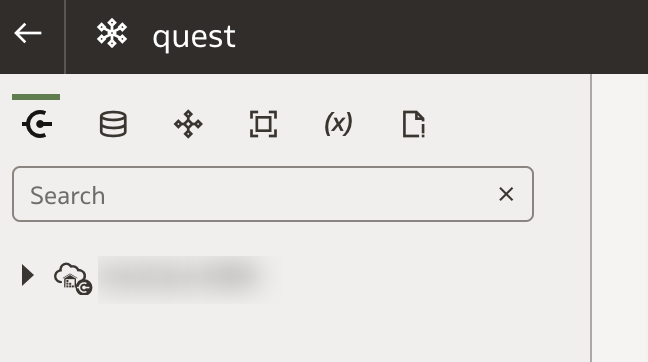 The Connections tab lists all the system connections that have been defined in your instance. These are the only data sources that you will be able to add to your semantic model. Currently, only relational databases can be used in the semantic modeller. OLAP sources like Essbase are not currently supported but are on the roadmap. 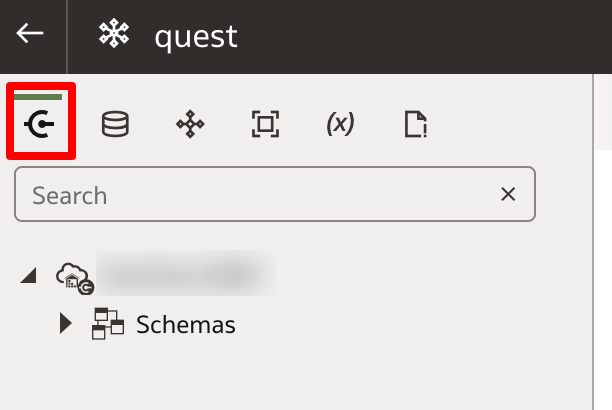 The Physical Layer tab is where all data sources, imported objects, aliases, keys and joins are defined. 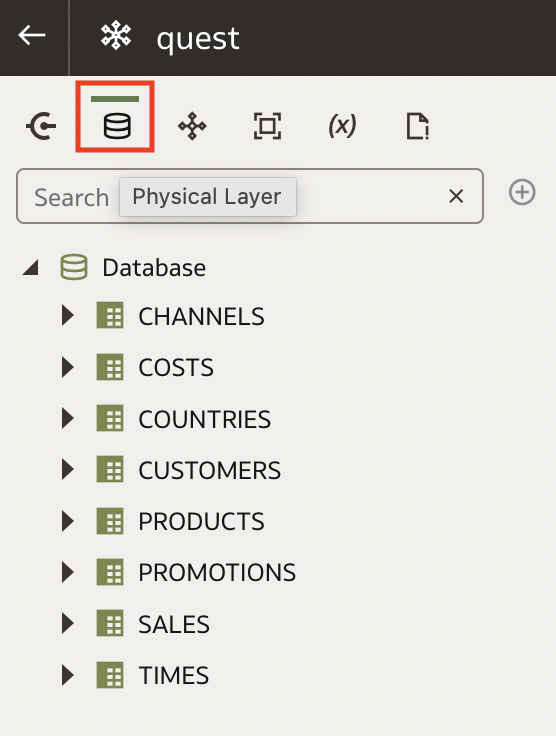 The Business Model and Mapping Layer of the Administration Tool maps to the Logical Layer in the Semantic Modeller. The logical facts, dimensions and hierarchies are set up here. 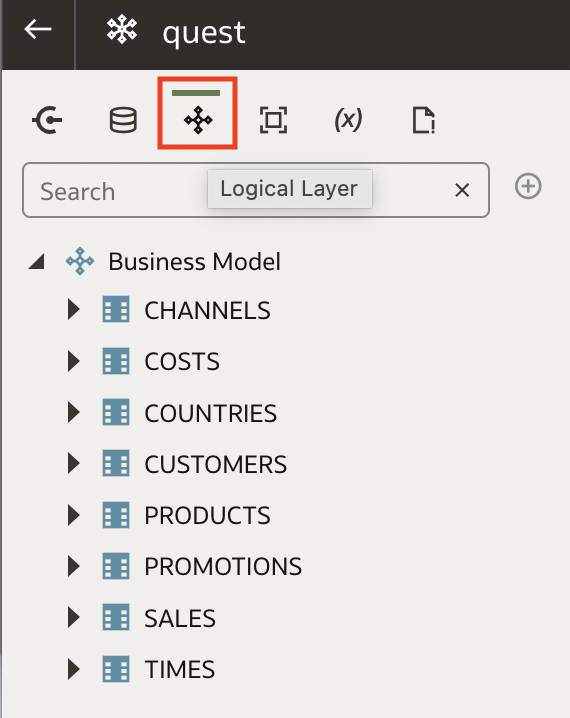 This is where you define the presentation columns and tables. 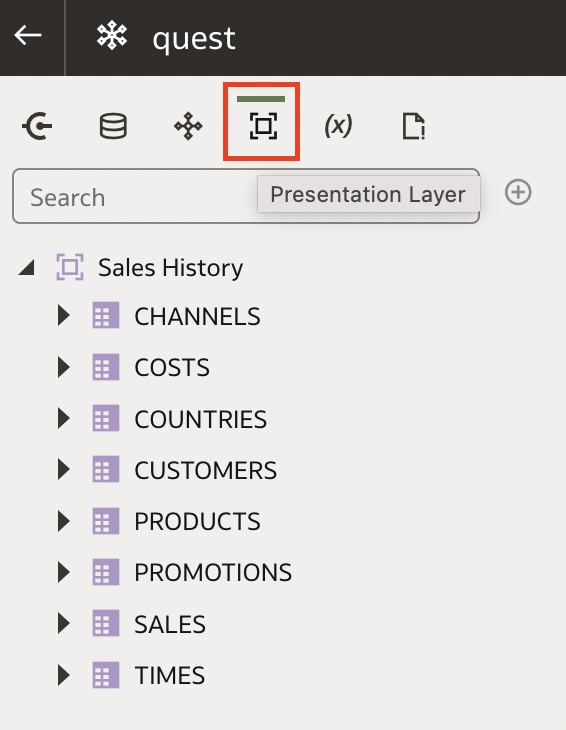 All initialization blocks and variables can be found in this tab. 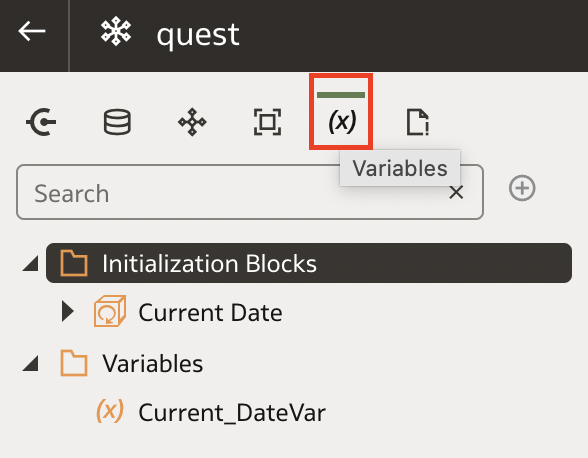 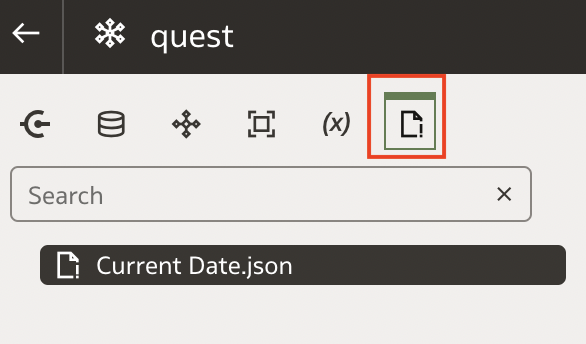 Oracle has clearly stated that the Semantic Modeller has been released in the May 2022 Oracle Analytics Cloud release as a preview feature. The modeller should not be used in Production environments.

In the third part of this series, we’ll take a deeper dive as we continue delving into the new web-based semantic modeller. We will also be looking at some changes that have been put in place to simplify the modelling process.